The issue of coal consumption

The UK has a long history with coal consumption stretching back to the 1800s. Despite many thinking that the 1970’s saw the end of coal consumption in the UK, the country is still dependent on the ‘dirtiest fossil fuel’, and with the growing energy crisis, that dependency is likely to grow. 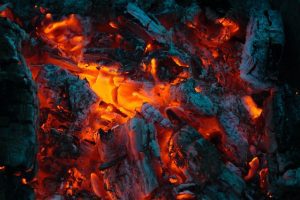 Coal is called the ‘dirtiest fossil fuel’ for a reason. It is the most carbon-intensive fossil fuel that humans burn, and it accounts for 0.3°C of the 1°C increase in global average temperatures.

While there has been a significant decline in the UK’s consumption of coal since the 1970’s, and the government has bought forward its plans to end coal power to 2024, there is still a dependency on coal.

Coal still accounted for 2.2% of the UK’s energy consumption in 2021 and, with the energy crisis looming, the National Grid has asked coal power plants to remain on standby throughout the winter. As a direct result of the energy crisis, the closure of coal power plants have been delayed to prevent nationwide blackouts, and global consumption is expected to rise significantly, reaching the record levels of 2013, where coal consumption was at an all-time high.

Coal is called the ‘dirtiest fossil fuel’ for a reason. It is the most carbon-intensive fossil fuel that humans burn, and it accounts for 0.3°C of the 1°C increase in global average temperatures. Coal accounted for the ‘largest part’ of around 200 gigatonnes of carbon dioxide (GtCO2) in 2017, according to the 2018 IPCC special report on the impacts of global warming at 1.50C.

What are the alternatives?

In the quest for alternatives in respect of power generation, many might offer up the ‘renewables’ solutions – wind and solar especially, but these green alternatives have their detractors too.

Hydroelectric dams (16% of 2017 generation), and nuclear power (10.5% of 2018 generation) are also cited as alternatives, but require large waterways (for the former) and a massive shift in public acceptance (for the latter) in order for either to be really viable.

Biomass generation is on the rise, with an estimated 1.5% of global generation in 2011, according to the International Renewable Energy Agency (IRENA), with the IEA reporting an increase of just over 5% in 2019. There is, however, academic debate about just how ‘green’ biomass, especially from wood, is and whether or not it is better to allow forests to be used for carbon capture and storage. These debates are likely to continue for a long time as science and technology advance our understanding of just how we can better use renewable resources to replace fossil fuels.

One emerging alternative that might be of interest is the use of coal substitutes. Two UK-led examples could be promising. CoalSwitch, developed by the Active Energy Group is based on waste biomass. SERF, developed by Helvellyn Group, performs in a similar way to coal, but with (according to the manufacturer) significant reductions in CO2 emissions. Both substitutes are intended to be used in existing stations, so could provide a means of using current infrastructure, but with a lower burn impact on the planet. These are, however, emerging alternatives and, therefore, it remains to be seen whether or not the lifecycle impacts are lower than coal. Nonetheless, coal substitution is a promising avenue of exploration, especially if it can be scaled for use in other industrial and domestic settings.

What is the solution?

The concerns over just how effective alternatives are in reducing overall impacts highlight one of the most complex facets of this climate crisis issue. We know that we must reduce emissions in order to stand any chance of limiting global warming to the targeted 1.5%. We can identify the practices that are currently contributing to those emissions and set targets for amending those practices, including the phasing out of electricity generation from coal. What we cannot so easily do is determine the full impact of the alternatives.

There is no magic wand we can wave, no guaranteed ‘easy fix’. It is vitally important that we work together on a global scale so that we can, collectively, get closer to finding solutions.

For more on on our thoughts on COP27, head to our COP27 webpage.