Does the past have a future?

How do we ensure a future for our past in a time of austerity? This question was explored by English Heritage Commissioner Jane Kennedy, at the College of Estate Management’s annual Alumni CPD Lecture and Networking Event.

This event on February 14 at the Carpenters’ Hall, London, was attended by around 80 guests, including College alumni and students. As well as giving guests a chance to network and to find out more about CEM’s courses, it also offered two fascinating talks and presentations on conservation and our built heritage.

Jane Kennedy began by describing her work as an architect involved with the conservation of Ely Cathedral.  “Looking after Ely is a great privilege and it’s a unique responsibility,” she said. “But how can we put a value on something that’s beyond price. How can we protect it and make it work for us in the future?

“In these very difficult times, everything is vulnerable, and everything at the same time is up for grabs – not least our heritage,” she said.

Outlining the development of our national collection of historic sites and monuments, she said there has always been a need to know and value our own history – understanding how we became who we are.

“In complex societies telling that story becomes more, not less, important,” she said. “It explains and honours our culture, and has been, and is increasingly, a source of wealth.”

However, the importance of our national heritage to the UK’s economy isn’t given high priority politically, despite its potential in these austere times.

While we are world leaders in heritage protection, we invest less in our built heritage than many other countries, she said. English Heritage itself has taken a 34% budget cut under the present government.

Ms Kennedy outlined three steps to securing a future for our past: by telling a bigger and more powerful story about our heritage and its assets; by ensuring we have the best possible heritage protection system; and by using heritage to drive regeneration.

Putting old buildings to the test

The second speaker, Douglas Kent, Technical and Research Director with the Society for the Protection of Ancient Buildings (SPAB), gave his presentation – Energy Efficiency: Putting Old Buildings to the Test.

He outlined his organisation’s research into energy efficiency in old buildings. “I believe that research isn’t incompatible with conservation,” he said. “Understanding old buildings is a prerequisite to the success of conservation. At the end of the day, I don’t think William Morris (SPAB’s founder) will be turning in his grave.”

One of the reasons for launching the research is to avoid some of the pitfalls of ‘greening up’ the built environment, for example homeowners with the best intentions, covering exterior walls with cladding, or removing original doors or windows and replacing them with double glazing.

There are also concerns about the Government’s new Green Deal initiative – the biggest home improvement scheme since World War II. This went live at the end of January 2013, despite a shortage of traditional building specialists.

The implications are that BR 443 (Conventions for U-value calculations) and SAP 2009 (The Government’s Standard Assessment Procedure for Energy Rating of Dwellings) need revision as U-values are the basis of building energy assessments, legislation and policy.

The Department of Energy & Climate Change needs to address this before full deployment of the Green Deal, said Mr Kent. He concluded that we need continuing high-quality research to reduce carbon emissions in our traditional buildings – around a quarter of our building stock. 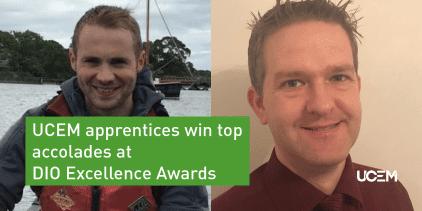 Two UCEM apprentices claimed the top accolades in their category at the Defence Infrastructure Organisation (DIO) Excellence Awards. The DIO Apprentice of the Year and Rising Star awards – the two bespoke apprentice awards at the event – went to… 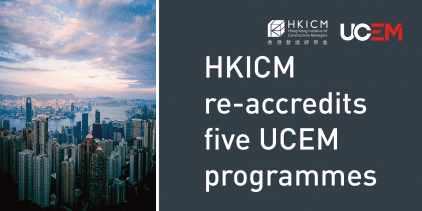 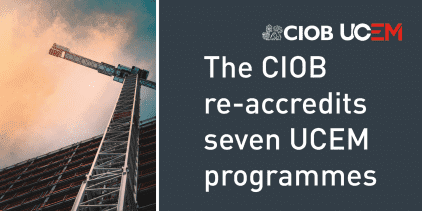