UCEM Property Awards 2019: What we learnt

Illustrious industry figures joined us at Haberdashers’ Hall in London for the 32nd UCEM Property Awards. 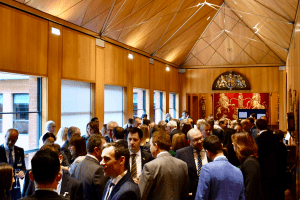 Trophies were handed out to the 32nd UCEM Property Award winner, Sir James Wates, and to the Academic Excellence and Alumni of the Year Award recipients, Emma Martinez and Nathan Jarman, respectively.

Sir James delivered a speech upon receiving his award and UCEM Chairman, John Gellatly, and Principal, Ashley Wheaton, addressed the guests either side of lunch.

To help summarise some of the key messages given at the event, we’ve selected six takeaways which we think may be of interest to attendees and our supporters…

Teaching centre to open next year 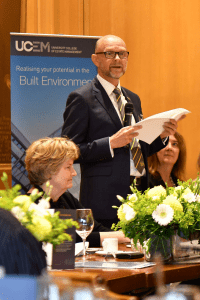 That, at this stage, is all we know about the development but watch this space for more on this next exciting phase of our apprenticeships journey…

The most exciting vision statement in higher education?

Earlier in his speech, Ashley introduced the audience to UCEM’s new long-term vision. Touching upon the vision which had driven the institution for the past five years, Ashley stated that UCEM had successfully become the leading, online, vocational university.

The next step, he continued, is: To become the Centre of Excellence for Built Environment Education. This long-term vision will be achieved by a strengthening of the depth and breadth of programmes which UCEM offers over time, and a focus on increasing the institution’s impact and influence.

In the years to come, anyone wishing to access education in the sector would think of UCEM which would cater for all needs. An ambitious and exciting statement of intent – so much so, in fact, that Ashley challenged attendees to produce a more exciting vision statement than that in higher education. 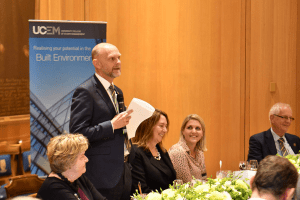 Over to you, now – can you think of any more exciting vision statements coming out of the sector? If you can, please email press@ucem.ac.uk and let us know!

You can write about football at UCEM!

Who knew? The winning submission for our Academic Excellence Award was entitled ‘To what extent is London’s football heritage being lost in the rush to replace and adapt historical stadia that are no longer considered fit for purpose?’. 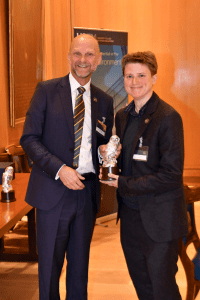 Now, we’re not going to start marketing ourselves as a football analysis university but what Emma’s Project did demonstrate was the broad spectrum of subjects which a degree in the Built Environment can cater for.

This was reinforced by the other nominated projects in this category which assessed the impact of millennials in the workplace, diversity in construction crews, accommodation provision for Armed Services personnel and their families, rejuvenating declining high streets and the housing crisis in Dublin.

Each project showcased the very best academic output of recent UCEM students which you can read more about in this article on our Academic Excellence nominees.

Alumni notching up the accolades 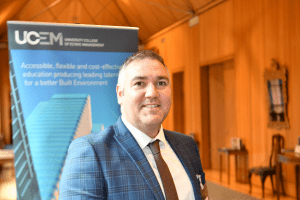 Pete was selected alongside four current and former UCEM students to act as ambassadors for the industry at the UK’s largest Built Environment event.

In fact, were it not for an unfortunately timed holiday, Pete would have been joined by fellow Alumni of the Year nominee, Laura Wilson at both events.

Pete and Laura were just two of our five nominees for the award, and scanning through their biographies, you can only hope they have large trophy cabinets such is the frequency of nominations they have all received in their careers to date!

Last year we were delighted to be joined by nominees from Lebanon, India, Sri Lanka and Trinidad and Tobago. This year, Dubai and Dublin were represented at the awards luncheon.

Paul Anderson Vera jetted across from the UAE for a trip to London taking in the ceremony and Sharon Reilly hopped over the Irish Sea for the event. 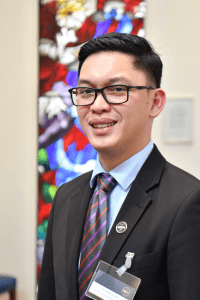 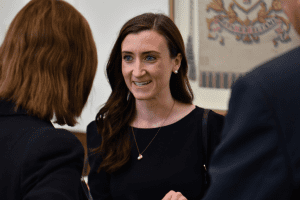 With our international community accounting for roughly a third of our student base, it was great to welcome Paul and Sharon as role models for students outside of the UK.

We announced the introduction of the Harold Samuel Research Prize at last year’s Property Awards. Twelve months later, we revealed the two winners sharing the £15,000 prize. Congratulations to Adrian Tagg and Dan Hughes!

Adrian’s research project concerns commercial attitudes towards disability and the Built Environment while Dan will be looking to pin down real estate data standards to inform the industry and identify gaps which need to be addressed moving forwards.

We look forward to seeing how they both get on! 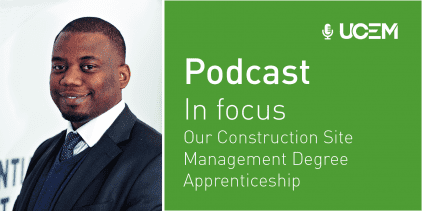 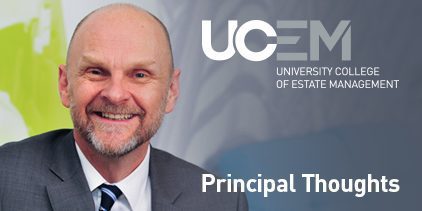 Principal Thoughts: Being kind to yourself and to others

Welcome to the latest edition of Ashley Wheaton’s ‘Principal Thoughts’. This month, Ashley looks back at Mental Health Awareness Week and shares his reflections on an initiative which can be taken forward in our daily lives.   How often do… 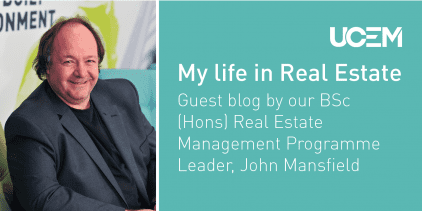 Early interest From a fairly early age, I have been interested in buildings and thought that it was important to understand how they were constructed. I found that a great route towards my goal of becoming a chartered surveyor was…