Zoom webinar transcripts and accessibility: What our students think

Here, Tharindu provides an overview of her published research on our students’ and tutors’ feedback on Zoom and the software programme’s accessibility features… 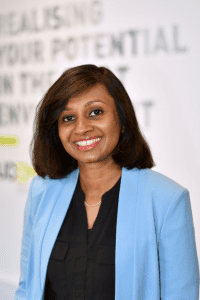 In the summer of 2019, after Zoom was first introduced as the webinar platform at UCEM, we asked our students and staff about their experience of the new software. The survey captured 283 students’ and 27 tutors’ views of the new system. In my research paper ‘Transcripts and Accessibility: Student Views from Using Webinars in Built Environment Education’, I have concentrated on two questions to explore the uses of transcripts as I was interested in looking at how these were perceived. The paper is published in the European Journal of Open, Distance and E-Learning which provides open access to the full research paper.

Many students who have used the automatic transcripts found them to be useful.

One response stood out for me:

‘So useful! Amazing. The search functionality is revolutionary. If I vaguely remember something being said in the webinar but can’t quite remember where or when I used to have to watch almost the entire webinar again – and it took so long to load. Now, I just type a word and everything comes up. It’s amazing. Ok, the audio transcript is not always spot on, but frankly it’s amazing how much it does pick up especially with different accents and pronunciation of words and acronyms. Really love it.’

The study has some limitations which are discussed in the paper, including the reliance on anonymous self-directed surveys. This is UCEM’s first implementation of automatic transcription for webinar recordings. There could be an element of ‘novelty factor’ affecting the student responses too.

Other key results from the survey were:

To find out more about the study, take a look at the full research paper.