With it being a month of remembrance, and following on from Remembrance Sunday and Armistice Day, our latest centenary blog looks at the impact of the two World Wars on UCEM…

Young men returning from the First World War were keen to begin, or even resume, their studies in estate management. Immediately after the war, these budding students would contact the Parry, Blake and Parry and B W Adkin firm, based at 82 Victoria Street in London to enrol onto correspondence courses or day or evening classes. There, Richard Parry, brother Albert Parry, B W Adkin and E H Blake would coach students to prepare for their professional body examinations, whether for the Surveyors’ Institution, the Auctioneers’ and Estate Agents’ Institute or the Land Agents’ Society. 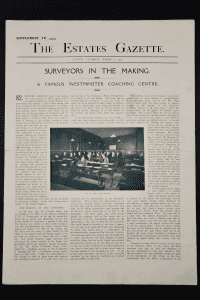 The numbers were so great after the war that other locations for teaching were required to meet the demand for training. In 1918, the University of London instituted a BSc in Estate Management which, for the land professions, was intended to act like the LLB in Law or MB in Medicine. This inspired Sir William Wells – a partner at Chesterton and Sons and a leader in the profession – to act, and he proposed the establishment of a college dealing exclusively with estate management.

Sir William appealed for, and gained, the funds required to found a college for this purpose with The College of Estate Management (CEM) founded on 22 December, 1919. Soon after, Messrs Parry, Blake, Parry and Adkin were recruited to lead on the institution’s teaching provision.

With term due to start on 4 September, war was declared on 3 September. Emergency plans were enacted upon the outbreak of war with CEM’s Postal Department transferred to Hinchley Wood and the Secretary’s Department moved to Rickmansworth. 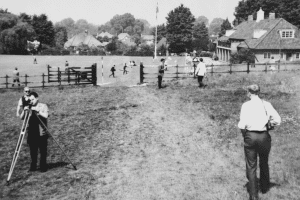 Attempts were made to continue classes during the war but these had to be abandoned with the main work of CEM confined to postal tuition. Heavy financial loss was suffered by CEM during the opening years of the war but worse was to come when its home, 35 Lincoln’s Inn Fields, and the upper floors of the institution’s Portugal Street building were destroyed by incendiary bombs. 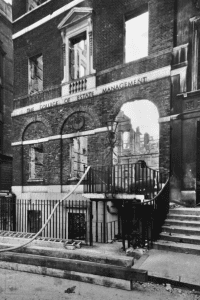 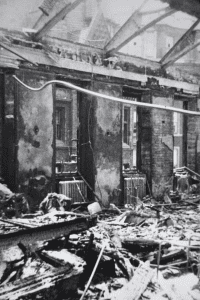 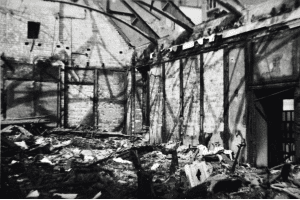 Despite this, the work of CEM went on as best it could with students continuing to achieve success in their examinations. The war even opened up new fields of activity for the College as it took part in a scheme inaugurated by the War Office for the supply of vocational training courses for men serving in the Forces. In total, CEM provided 14 postal courses during the war so that, by 1945, 13,284 service men had received around 17,800 courses of instruction. The scheme extended to those in the British North African and Central Mediterranean Forces, as well as those serving in India and East Asia. 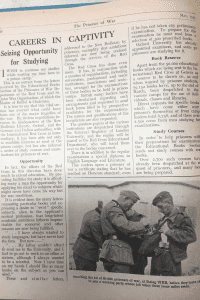 In 1941, CEM provided courses of instruction free of charge to British prisoners of war in Germany with the support of the British Red Cross with many later expressing their gratitude for this service. CEM also provided a course in Elementary Agriculture to members of the Women’s Land Army from 1943, gaining a peak of 1,275 students in 1944. 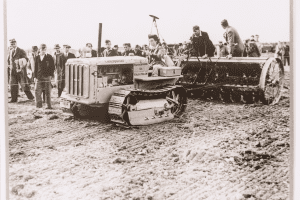 The restoration of 35 Lincoln’s Inn Fields and the Portugal Street building was considered too technical and, allied to the need for more accommodation, it was decided to sell the sites to the Royal College of Surgeons in 1943. A temporary headquarters was acquired at 11 Great George Street in September 1943 and by October 1945, the premises were fully occupied. 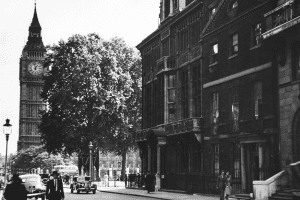 From 1941 onwards, the College had experienced a steady increase in the numbers of students enrolling each year. The highest number of students enrolled with the College in 1944 with three-quarters of them Service candidates as the institution played an important role in resettling and rehabilitating those who had served in the war.

CEM survived the war but faced a huge task in rebuilding itself in the post-war years; happily, something the institution was able to do thanks to the application and vision of its leaders who steered it through those challenging times.

The above text is adapted from The College of Estate Management, 1919-1969 by D M Lawrance. UCEM is proud of its role in supporting the country and the Armed Services during and after the two World Wars, and continues to support the Armed Forces to this day.

As we look back upon these two world-changing wars in the context of UCEM, it is also important to remember those who lost their lives during these conflicts.

We shall remember them.