Why should we be sustainable? Our Surveying Technician apprentice (Quantity Surveying and Construction Pathway), Ashley White, became an advocate for sustainability after seeing the damaging impact on our ecosystem while on her travels abroad. Here, she tells her story… 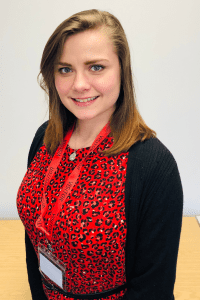 Over the course of my career, I have worked in a number of different industry sectors starting from the bottom of the ladder to where I am now:

Prior to being promoted, I felt mentally and physically exhausted from building my career and everyday life.

It was then I realised I couldn’t see where the future lay unless I took a step back and followed my dream to travel the world.

With some savings, sheer courage and a backpack, I took a career break for four months to travel through South America, Australia, Philippines and Japan.

Along my travels, I hiked to the breathtaking Machu Picchu in Peru, walked along the salt flats in Bolivia, felt the power of Iguaçu Falls, awed at the Blue Mountains in Australia and snorkelled with the most beautiful fish in the Philippines.

However, when I visited the Great Barrier Reef (one of the experiences on my bucket list), I was startled by the dead coral reef that lay before me that was nothing like any brochure I had seen before.

Why was it dead? Mankind had killed it with the carbon we omit, the acids we’ve concocted in our oceans and interestingly, since a popular Disney movie has been released, the population in clown fish has diminished significantly due to a high demand wanted for fish tanks.

I, along with my fellow traveller, witnessed a man put a starfish in his pocket like it was an ornament – luckily, a fellow traveller intervened to put it back before we did!

This has driven a passion both personally and professionally to make sustainability at the forefront in everything I do in order to contribute to a blueprint for the future generations to come.

A few examples are;

Sustainability should be in everything we do from the cup of coffee you drink in the morning to procuring materials from a sustainable source, to being comfortable to have a conversation with your peers.

I have found studying with the UCEM a fulfilling experience. I’ve achieved grades I didn’t think I was capable of, taught by some engaging, encouraging tutors that have made the classes relatable and I have learnt so much in the modules so far.

From a sustainability aspect, UCEM has clearly taken steps to minimise its impact by having its office accredited by BREEAM as ‘excellent’.  One thing I would say is a development point for UCEM is there isn’t a clear or user-friendly statement on its future commitments to becoming carbon neutral.

My ambition is to take my skills into the renewable sector. It interests me as it’s still developing and there’s so much potential to be unlocked in the coming years with it being something I can say I’ve had an involvement in.

In the Railway sector, sustainability is becoming more of a priority to the teams in the office and on the ground, though, with such a complex system helping thousands of passengers travelling home and to work, it’s going to take some time to see significant change.

Best of luck with your sustainability ambitions, Ashley! We hope the apprenticeship will help you in your role.

If you are a current student or apprentice and would like to tell your story, email press@ucem.ac.uk with your idea and our team will get back to you.

Editor’s note: We are currently working on a statement outlining our commitment to go carbon neutral.