UCEM’s Chartered Surveyor Degree apprentice, Sadaqat Hussain, has been nominated in the Construction category for the Asian Apprenticeship Awards in October.

Sadaqat, an Apprentice Surveyor at Cushman & Wakefield, is studying on the Commercial Real Estate pathway and made the shortlist despite a record number of nominations being put forward nationally.

Here, we list some of the reasons he was nominated and hear more from Sadaqat about his thoughts on the achievement… 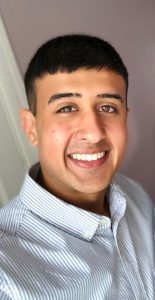 Many people at the age of 19 would either be at university, travelling or job-seeking but Sadaqat Hussain is making a big impression during his apprenticeship.

Nominated for the Construction accolade at the Asian Apprenticeship Awards, here are some of the reasons why Sadaqat was shortlisted for this national prize: 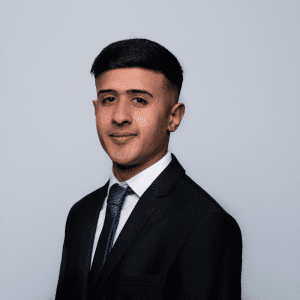 Reflecting on his nomination, Sadaqat commented: “The nomination came from various colleagues who pushed me to put myself forward for the awards. They felt it would recognise my hard work on various projects, such as promoting the apprenticeship scheme, organising cultural events throughout our offices and organising school outreach initiatives. I was initially sceptical as I didn’t think I deserved to put myself forward, but I realised there is an overarching need to raise the profile for British Asians and to improve representation.

“I wouldn’t be where I am without Cushman & Wakefield, and the amazing platform they have offered me. Over the past two years, I’ve noticed how much I’ve grown in terms of my confidence and my knowledge of the profession and this wouldn’t have not been possible without the immense support, encouragement and guidance from some truly amazing and inspirational people across the business and wider industry. I have a lot of people to thank.

“The purpose of these awards is to increase representation of British-Asian apprentices by celebrating their success and consequently encouraging candidates from BAME backgrounds to apply for apprenticeships. I never expected to be shortlisted but I am immensely proud to be a finalist where I can use the platform to promote and encourage apprenticeships, particularly amongst the BAME community, and put the industry in a good light.

“I am looking forward to meeting my fellow finalists who have done some incredible things in their respective fields and celebrating our achievements on the 31 October.”

Well done, Sadaqat, and all the best for October from all of us at UCEM!