Postgraduate application deadlines have been extended | Apply by 22 August to start 26 September 2022 >
Contact us
X
Are you a prospective student?

Reading Prison competition: Some entries which didn’t make the shortlist

Next week, we will be revealing the four shortlisted entries from our competition in which secondary school students in Berkshire were invited to share their ideas on how to shape the future of Reading Prison – a site which closed down in 2013 and has yet to find a permanent usage since.

We were thrilled with the calibre of entries we received from the sharpest young minds in the county so, rather than move straight to the shortlist, we wanted to share some of the ideas which didn’t quite make it first.

Well done to everyone who entered.

All throughout the week, we will be updating this article with new entries each day so keep an eye out on our social media channels for updates. 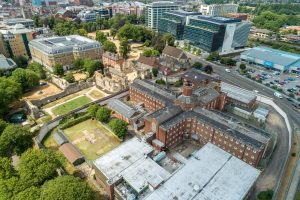 Two entrants focused on Oscar Wilde’s incarceration in Reading Prison for gross indecency with other men in 1895. 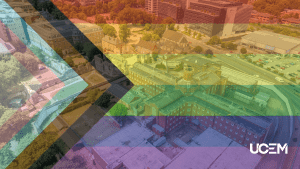 The first student felt the prison should be opened to visitors interested in learning more about its history. Posters about its history would be plastered across the prison with art inspired by the site also featured. The Banksy artwork would also form part of the tour. Income would go towards maintaining the site and paying the tour guides making it a sustainable enterprise. Surplus income would go to LGBTQ+ charities, recognising the injustice of Wilde’s stay there.

The second student felt the prison should be a museum which reflects its past, with an emphasis on Oscar Wilde’s story. The prison could become a National Trust/English Heritage site and profits could go to LGBTQ+ charities. The site would be educational, marking a dark period of history where people were persecuted for being gay, enabling visitors to reflect on how far we have come in our attitudes towards the LGBTQ+ community.

One entrant was keen to retain the prison’s historic value whilst placing an emphasis on using the space for the public to enjoy. As above, the idea included tours of the site though its primary purpose would be to be used for theatre shows to entertain school students. 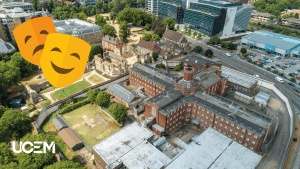 Shows would lean heavily on the prison’s past and, as with the LGBTQ+ museum, profits would cover staffing costs. Artwork would also be incorporated around the site.

Two entrants plumped for the idea of turning Reading Prison into an intricate escape room site. 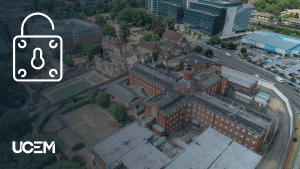 The first was keen to retain the austere elements of the prison to cater for an authentic prison break escape room experience. This would also tie in nicely with the Banksy artwork on the perimeter of the wall enclosing the site.

The second entrant went further with this idea, suggesting visitors would have to wear an orange jumpsuit before being placed into an escape room cell in their bid for freedom. 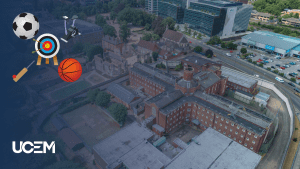 Following in the vein of crazy golf and other casual sports-themed experiences, Sports Mania would have five different zones with a different sporting challenge in each.

The first zone would be football-inspired with visitors tasked with trying to score as many goals as possible in a set time limit past an inanimate, electronically controlled goalkeeper which moves side-to-side. Zone 2 would be cricket-inspired with visitors wearing a VR headset and being challenged to hit the ball the furthest.

The third zone would be basketball-inspired with visitors challenged to shoot in the hoop from the furthest distance. Zone 4 would see visitors having five attempts at shooting an arrow onto an archery board, with more accurate shots rewarded with more points.

Finally, Zone 5 would be kitted out with a cycling machine and visitors would push themselves to cycle the furthest distance in an allotted time period. Restaurants would be on the site ready to sate the hunger and quench the thirst of the complex’s competitors.

One student suggested turning the site into a dinosaur-themed prison museum. 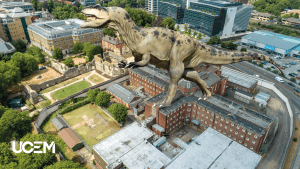 Instead of prisoners, cells would be filled with dinosaurs. The example was given of a pack of velociraptors in one cell demonstrating how small they were. A tyrannosaurus rex would poke its head out of another cell and pterosaurs would reside on the ceiling. This would prove to be an educational experience seeing how big the dinosaurs once were and imagining them roaming the world now!

One student suggested turning the site into a paintball arena. 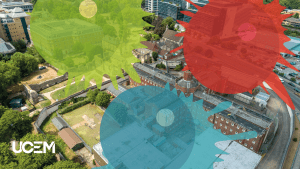 Teams of ‘prisoners’ in orange jumpsuits and ‘prison guards’ would go up against each other in the perfect setting for such a paintball battle. Profits would go back into the community. 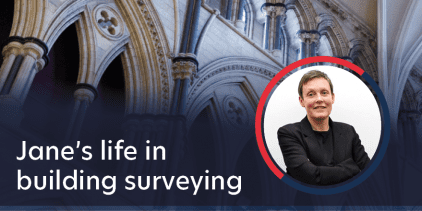 Here, our BSc (Hons) Building Surveying Programme Leader, Jane Ballantyne, writes about her journey into the building surveying profession, her career so far and the programme she leads… My first… 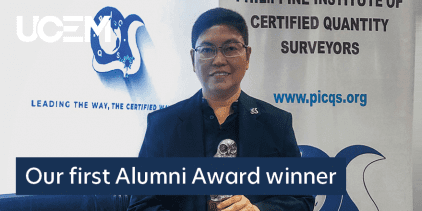 Nominations are open for this year’s UCEM Alumni Award, which goes to a former student of ours who has made an outstanding contribution in their early career towards creating a…

Study fee options at UCEM: Making the right choice for you

Guest article by UCEM Registry Officer, Paddy Mooty               At UCEM, we understand that every student is different and there is no such thing…