Principal Thoughts – a look into 2017

The Built Environment: green, digital and smart – but in need of talent

As we move into a new year, I’ve spent some time thinking about how the Built Environment has evolved and what 2017 might hold.

Our sector in 2016 was increasingly green, digital and very, very smart. From a smog-eating facade that absorbs the fumes generated from traffic and converts them into harmless substances to something closer to home – the opening of our new office, Horizons; one of the most sustainable premises in the education sector and certified as ‘Excellent’ on the prestigious BREEAM rating scale.

On the technology front, we saw many new and growing trends, from concrete that absorbs carbon, thin-film solar cells, smart walls, interlocking road plates, and more. In 2017, new Built Environment trends will likely include more of the same and, increasingly, drones buzzing over construction sites, artificially intelligent bulldozers and 3D printers churning out new structures will become the norm.

But one of the biggest advancements in technology, that’s set to transform the Built Environment, is Virtual Reality. For example, this could mean students will be able to put on a VR headset and step onto a construction site; where they can ‘walk’ around and identify problems or solutions. Another growing trend is Soft Robotics. Over the next few years, we will begin to see robots soften – using materials that closely resemble the human body; such manufacturing grippers that can manipulate items of varying size, shape and weight.

And along with the adoption of these new digital technologies, materials, 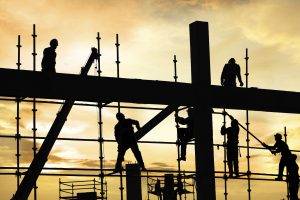 energy sources and design approaches, the Built Environment is increasingly being measured not just on aesthetics, financials, and carbon footprint – but also on criteria like equity, health and happiness.

This is where the concept of ‘Patient Capital’ comes into its own. Not only can it be used to maximise financial returns for investors and increase long-term property value, but it can also provide necessary positive social and environmental benefits. Forward-thinking organisations are using it to meet the massive challenges of global urbanisation – and solve tough problems like well-being and sustainability.

For me, patient capital is about building well-built and aesthetic homes where people will still want to live in a 100 years time. And communities that not only have safe, cost effective, energy efficient, and fit-for-purpose homes – but ones that encourage crime reduction, sustainability, effective traffic control, and ultimately well-being and happiness.

Spaces will no longer simply house and support activities – they will participate with their surroundings. More and more, the Built Environment will integrate architectural aesthetics and utilitarian function, and drive new behaviours in commercial, public and residential spaces. For instance, Smart cities will leverage sensors and machine learning to use energy efficiently, and buildings will be constructed out of materials that work more intelligently; for example, material scientists and architects have already developed cement that captures carbon dioxide. 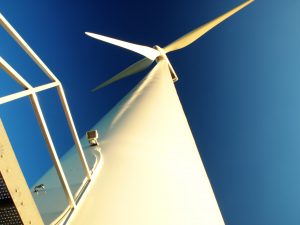 However, the industry might not have a future at all unless it can address the continuing skills crisis; from Europe to large, emerging economies such as China. There’s been a lack of available talent in the UK due to the massive loss of workers during the recession but then increasingly rapid economic development since; as well as, static education systems and shifting demographics. And the problem is growing, last year’s Autumn Statement signified an additional 140,000 homes a year and more than double annual capital spending on housing.

To counter this, the UK Government has set an ambitious target of producing three million UK apprentices by 2020. Its new apprenticeship levy, to be introduced in April 2017, will apply to large employers across all industries (i.e. those with a salary bill over £3 million each year). They will pay a 0.5 per cent levy to fund apprenticeships, and it’s hoped that this could raise around £3 billion annually by 2020. The levy is a powerful incentive for companies to offer apprenticeships to new starters but it also provides the opportunity to progress the existing workforce who may want to become further qualified.

Continuously evaluating, refining and improving the existing workforce can directly affect commercial success; more staff will have up-to-date and relevant skills – valued by the industry – and companies can increase their overall market knowledge, fulfil any business activity, and easily keep abreast with the latest technological developments. At UCEM we’re tackling the challenge head on by delivering apprenticeship programmes at Level 3 and Level 6, with plans to add Level 7 in the future.

At the other end of the process, more education is needed around Built Environment career choices in the actual education sector itself – certainly from secondary school level, if not from primary. Recent research shows that 82 per cent of teachers don’t believe that they have the appropriate knowledge to advise pupils on these career paths.

In 2017, it’s important for all employers, educational establishments, governments and industry professionals to be constantly learning and developing – to close the skills deficit and future-proof the talent pipeline. A high-performing Built Environment industry has a huge role to play in our future, not just in ensuring economic growth – but in providing happiness in our daily environment.

Don’t forget, you can find us on Twitter, Facebook and LinkedIn, so please keep in touch, and stay tuned to our blog for the next edition of Principal Thoughts.