A case study: Steaming ahead with an apprenticeship on the Crossrail project – Yehya Hawila, Assistant Quantity Surveyor at Costain

Yehya Hawila describes his experience of studying our Level 6 Quantity Surveying apprenticeship programme whilst working as an Assistant Quantity Surveyor at Costain.

My journey towards an apprenticeship in the Built Environment began when I was studying for A-Levels. I was accepted onto a summer internship with the commercial team at Costain, and thoroughly enjoyed it. I became really interested in the role of a quantity surveyor and started to realise that the range of jobs in the construction industry is much wider than I first thought. 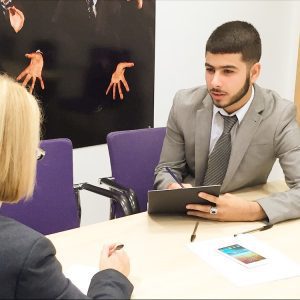 After sixth form, I reached out again to Costain and was offered a week of work experience. During that week, one of the Commercial Managers offered me an apprenticeship. I was delighted, and after expressing my interest in an apprenticeship that could provide me with a degree, I was offered the chance of studying with UCEM. At the time, I had already applied to five other universities, but the decision to accept this apprenticeship was a very easy one to make. I was offered a salary alongside sponsorship of my degree and I would gain four years’ work experience at the same time. Studying with UCEM will also prepare me to take the RICS APC, which is a massive added bonus.

The projects I’m involved with are quite varied. I’m currently working with Crossrail on the London Paddington station, which is an amazing opportunity. Paddington is the biggest station planned for development within the project and the Queen will cut the ribbon when it opens. I can’t wait to walk past it in the future and tell my children that I played a part in its build.

I’ve been working on this project for a few months and have already had the chance to meet Sir Terry Morgan, Chairman of Crossrail. It was interesting to learn that Sir Terry actually began his career as an apprentice too! His story is a great example of the success an apprenticeship can bring if you work hard.

When I started studying with UCEM a few months ago, online learning was a new way of working for me and I was apprehensive about getting the hang of using the Virtual Learning Environment (VLE). It turns out it’s actually very easy to get to grips with, and means that my teaching is varied – I attend webinars, do quizzes, listen to podcasts, read e-books, watch videos and more.

My family are very supportive of my apprenticeship, and my friends all tell me that I’m set for life. Some of them actually wish they’d taken the route I chose, rather than going to a traditional university.

I’m enjoying every minute of my journey so far, and I’d recommend an apprenticeship to anyone!

To find out how you can join an apprenticeship scheme, or to learn more about how an apprentice can help your business, click here.