We published a summary of the visits and AOO, David Meilhan’s interview with our Chartered Surveyor apprentice, Bayezid Ahmed at the end of the week. 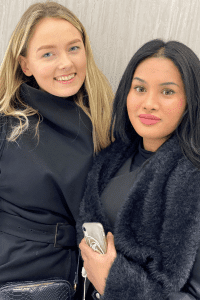 I had a fabulous day, shadowing Poppy and Suba as they showed potential clients around a commercial property in Mayfair, London. Here’s what they both had to say about their apprenticeship journey so far…

Poppy: “After I finished Sixth Form, I wasn’t entirely certain what I wanted to do. I always wanted to go to university but was unsure what I wanted to study. Inevitably, I picked the subject I found most interesting, which was Psychology.

“I received an offer from all my university choices which gave me the green light to start my degree. Still, I kept questioning why I was going to spend three years studying a subject that I was reluctant to go into as a profession.

“Consequently, I took a gap year. Eventually I found myself in a full-time job at a bank earning an income. Earning a full-time salary, I struggled to get my head around the idea of no longer having money. I had responsibilities and going to university full time wouldn’t have allowed me to fulfil these responsibilities.

“This is when I considered doing an apprenticeship. I applied to JLL, a global property firm, where I was given the opportunity to sit in the Central London Office Agency team as an Administration Assistant. During my first year, my eyes were opened to a whole new career path that I didn’t know existed.

“I started helping the Surveyors complete tasks and eventually stayed on as a Surveying Assistant. I knew this was a career that I could see myself doing so, with the support of my team, I applied to start university. In October 2018, I started my degree with UCEM.

“Doing an apprenticeship just worked for me. It allows me to be in the working world whilst also getting the education that I require to achieve my goal of becoming a Chartered Surveyor. My study hours are flexible and are all managed by me. I am in control of my degree and ultimately my career.”

Suba: “I wanted to pursue an opportunity that would allow me to work and study for a valuable qualification at the same time, so an apprenticeship was ideal for me. I joined the scheme in September 2018, and since then, I have learnt a lot both academically and professionally. The modules I have studied have all helped me get a better understanding of the property world and experience at work has significantly helped improve my confidence and professionalism.”

Tom is just about to complete his degree at the end of this month. He has been studying on the Real Estate – Commercial Property Practice Pathway on the Chartered Surveyor Degree Apprenticeship.

I was able to document in the review that he is making excellent progress with his APC, along with the support of Martyn and APC councillor, Jeremy. Martyn was present at this review and shared with me about how the council operates and how Tom is an integral part of the team at Havant Borough Council.

The apprenticeship has hugely improved my knowledge in many areas such as law, property management, economics and management.

Also, the apprenticeship has given me more confidence in work and the ability to take on many more work tasks.

It ticks the CSR box and demonstrates that employers are taking corporate social responsibility seriously.

It enables senior management to concentrate on value added work but also provides vital experience to apprentices on the job.

You get increased loyalty from apprentices. Funding can be obtained thereby reducing the direct cost to the employer.

And… it’s nice to train/help younger people achieve their goals and fulfill their academic potential.

Learning on the job to enable the apprentice to put university theory into practice. Apprentices have regular one-to-ones with their line manager to enable regular feedback, answer queries, discuss career progression, etc.

We also share in-house expertise from other professionals within the team.

Yes, for the reasons outlined above. Whilst hard work, I think Tom has really enjoyed his studies. Furthermore, it enables him to apply the theory learned at university with the day-to-day realities of working in the property industry. 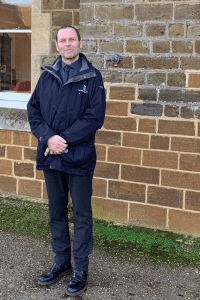 It was a pleasure to meet Kevin at Woburn Safari Park for the apprenticeship day. He has been a Supervisor on the Maintenance Team there for five years. Now, as Maintenance Surveyor, he also looks after more than 300 properties owned by the Bedford Estate.

Still involved in the safari park, his projects range from kitchen refits in void properties to new automated gates in the carnivore section at the safari park, safety fencing for the wallaby and lemur enclosures, rounding up meerkats and making their environment safe. Kevin has an incredibly varied and exciting job which he loves doing so much that his young son is now set on becoming an architect! 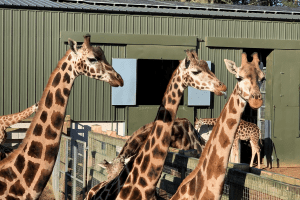 Head to the Becoming an Apprentice webpage to find out more about the apprenticeship programmes we run, and to find out how you too can become an apprentice. 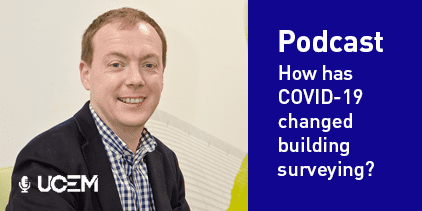 In the first in a new series of podcasts focused on how COVID-19 has affected built environment professions, we speak to James Ritson - programme leader on our building surveying programmes.   James discusses the impact of COVID-19 on building… 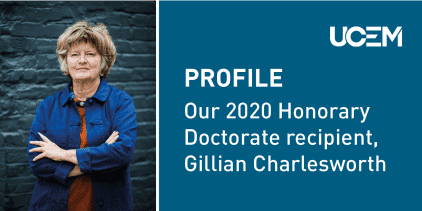 Having handed out our first set of Honorary Degrees at last year’s December Graduation ceremony, we were due to do the same at this year’s ceremony.   Unfortunately, we have not been able to host our usual ceremonies this year… 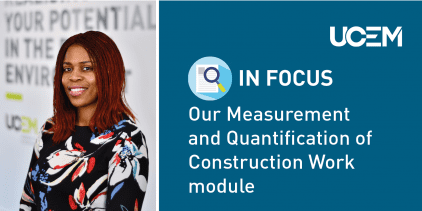 In focus: Our Measurement and Quantification of Construction Work module

We asked our BSc (Hons) Quantity Surveying Programme Leader, Amanda Milambo, to select a module which gives a flavour of what her programme is all about. Amanda selected the Measurement and Quantification of Construction Work module which is led by…