Alumni stories: ‘Never too old to go back to school’ – Peter’s move into arbitration

We have educated more than 150,000 students in the Built Environment since being founded in 1919. We constantly monitor the market to deliver academic programmes which are needed by the sector and naturally, we stop teaching certain courses.

Whilst these courses don’t always make financial sense to continue running and some return when the demand increases, those students who benefited from them remain a key part of our history and contribution to the Built Environment, and important members of our Alumni Association.

One such alumnus is Peter McCrea, who is a Chartered Surveyor, Chair of RICS Lionheart and a Member of the Upper Tribunal Lands Chamber, and studied on our Postgraduate Diploma in Arbitration from 2004-2006. Here, he tells his story, explaining how UCEM played an integral role in the development of his career… 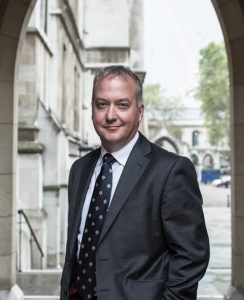 While it is often true that a career in property stems from a chance encounter or conversation, it is surely also the case that how one’s career develops, or a specialism pursued, also has as its root a seemingly innocuous decision. At least, that is how my career has evolved.

I qualified as what I would still call a general practice surveyor in 1994, but soon developed an interest in dispute resolution. Since I dealt largely with commercial property, the sphere of commercial rent review work was the obvious path. I spent many years acting for landlords or tenants, but what I was really aiming at was actually making the decision – and that meant having a tilt at joining the RICS panels of Arbitrators and Independent Experts – a hallowed bunch.

And thus, I enrolled on the first of two courses at the-then College of Estate Management – CEM administered the Presidents’ panel qualifying courses. I passed that but still felt I had insufficiently grey hair to ensure that the parties to a dispute would have full confidence in me as their dispute resolver. Something more was required, so a year or so later and impressed by the quality of the CEM course, I enrolled on their two-year Postgraduate Diploma in Arbitration.

Of all the qualifications I have undertaken, the College’s DipArb was by far the most challenging, rewarding, and interesting course.  I was still relatively young, and exams were still relatively fresh in the memory, but some of my colleagues on the course were senior in both years and careers. Many of them had a bit of a shock, but we rallied as a group and they soon got stuck into it. I remember being impressed at the time and pondering that it is never too late to return to education!

The internet was just about established by then, and much of the course was set on the web, but paperwork and coursework were still sent in – I would imagine the system is much more sophisticated these days [Eds’: It most certainly is!]. Every so often we would get together as a group for a couple of days at Black Horse House at the University of Reading for seminars and group work and having lectures from real experts in the field. I have many fond memories of the course and do occasionally see fellow classmates at professional conferences.

Little did I know that some 15 years later I would be sitting on a bench in the Royal Courts of Justice making decisions on property disputes as a Member of the Lands Chamber. To be appointed to that role required success in an open competition. I have no idea how many people applied but have little doubt that my qualification from the then CEM was an influencing factor.

So, my two main messages are, first – you are never too old to ‘go back to school’, and will find it extremely rewarding both personally and professionally; and second – you never know where it may lead!

If you also have a story to tell about how completing a UCEM programme changed the course of your career, why not get in touch? Email press@ucem.ac.uk to send your submission.

To find out more about our Alumni Association, head to the association’s webpage. 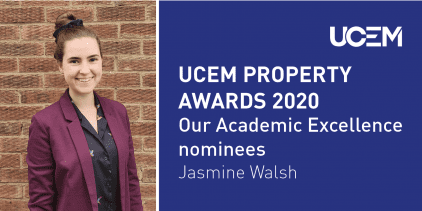 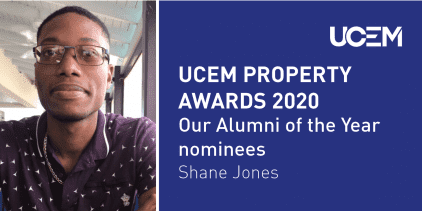 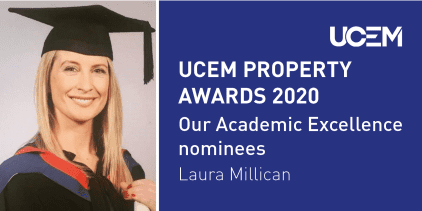